NASA's unmanned InSight mission will make this possible by landing geophysical instruments on the surface of the Red Planet, allowing us to explore its interior. The instruments on board will include a seismometer to record marsquakes and meteorite impacts. Several groups at ETH Zurich are responsible for the sensor's data acquisition and control electronics and will evaluate and interpret the acquired data.

“It was true detective work!” 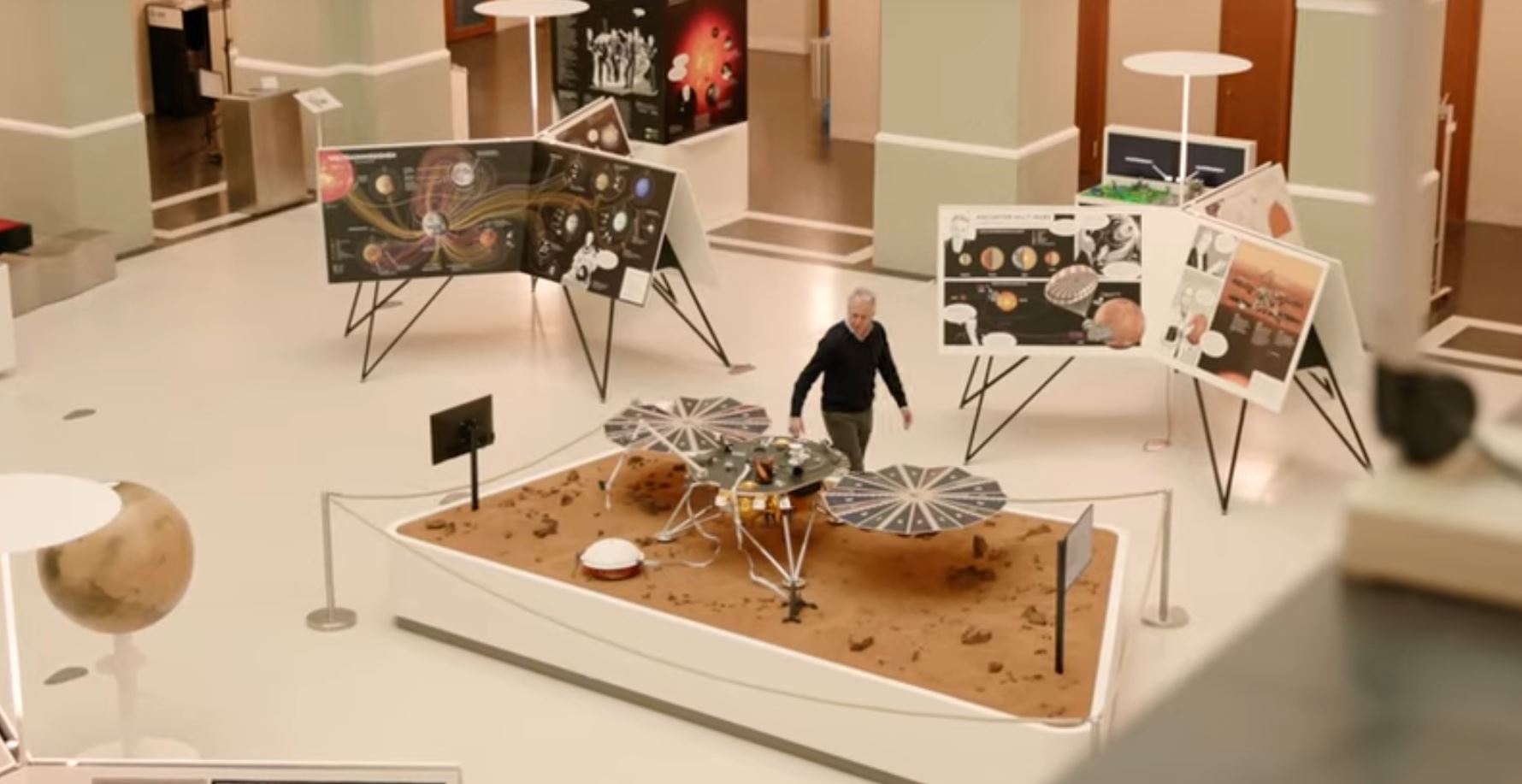 In an interview with ETH, that was published today, Domenico looks back on more than three years of work on the InSight mission.

The full interview with a short video can be found here.

InSight in the annual report of ETH Zurich 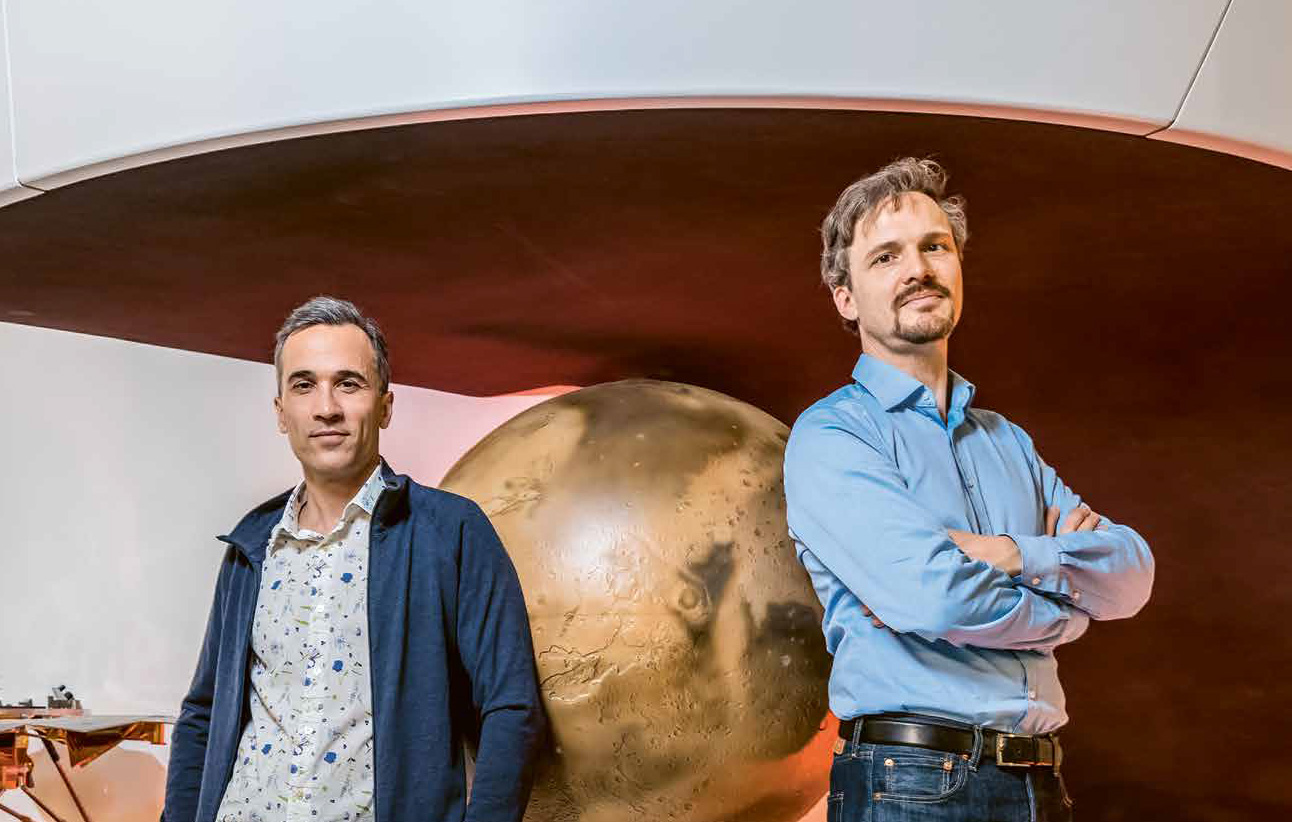 The Insight mission and its findings were acknowledged in ETH’s annual report 2021.
You can download the report here.

Largest Marsquake observed since the beginning of the NASA InSight mission 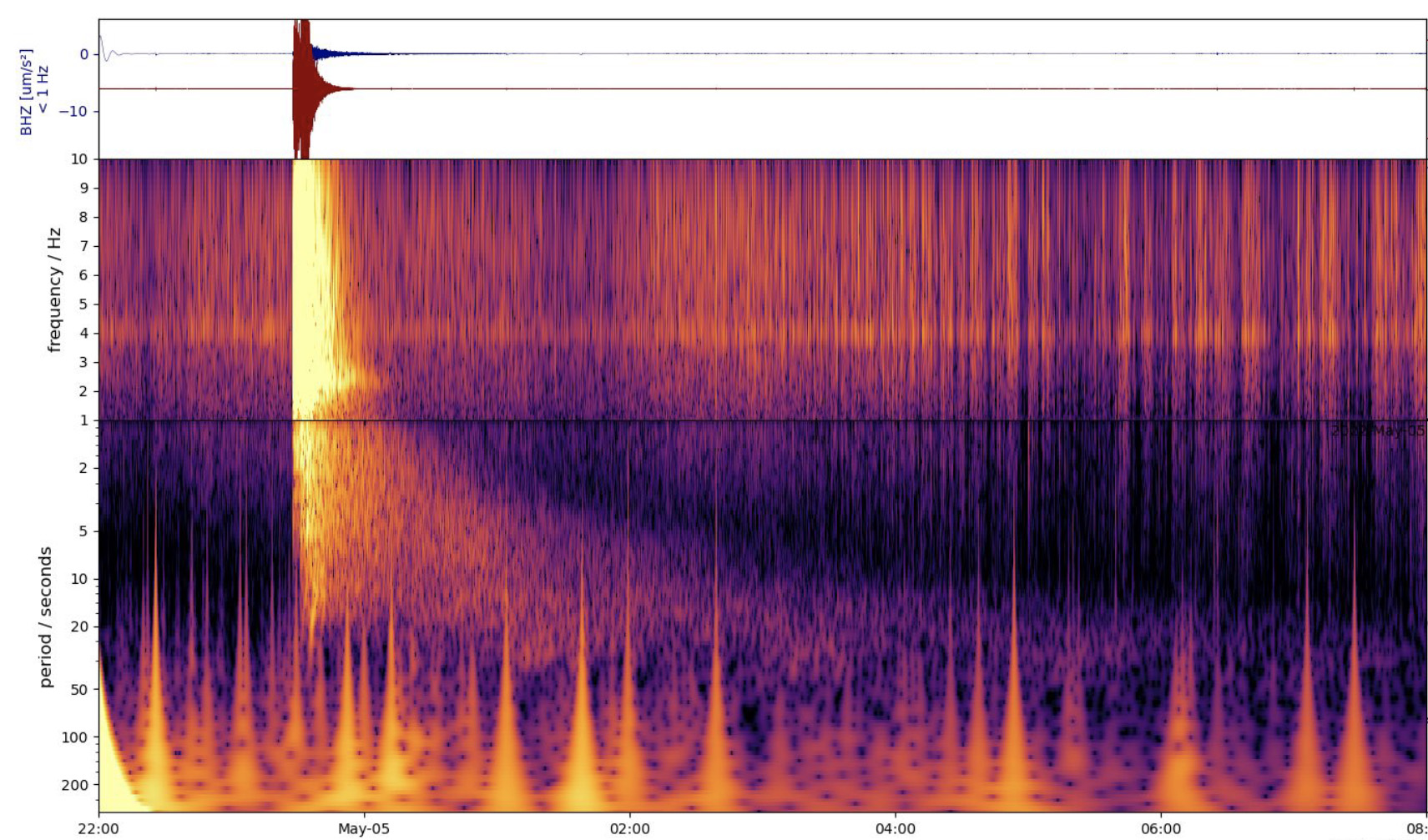 On 4 May 2022, NASA’s InSight Mars lander detected the largest quake ever observed on another planet: an estimated magnitude 5 event. The largest previously recorded quake on the red planet was a magnitude 4.2 detected on 25 August 2021.

The recent M5 event, labelled S1222a as the event occurred on the Martian day Sol 1,222 of the mission, was detected by a graduate student at ETH Zurich on duty at the time when the signals were analysed on Earth. It was not hard to spot though - the event is so large it has by far the strongest signal since the beginning of the mission, despite the event occurring in a season where almost no marsquakes are observed due to high winds disturbing the signal.

A magnitude 5 quake is a medium-size quake compared to those felt on Earth, but it’s close to the upper limit of what scientists hoped to see on Mars during InSight’s mission. The science team will need to study this new quake further before being able to provide details such as its location, the nature of its source, and what it might tell us about the interior of Mars.

Shortly after recording the event, Insight went into safe mode - where the spacecraft suspends all but the most essential functions to save energy - due on-going issues with low power associated with mounting dust on the solar panels. It is possible that S1222a is one of the very last events Insight will record. With over 1,300 events already catalogued, it is most likely Mars saved the best until last.

InSight is equipped with a highly sensitive seismometer provided by Centre National d’Études Spatiales (CNES) in France, and a digitizer provided by ETH Zurich in Switzerland. The ETH Zurich team in close collaboration with the Swiss Seismological Service  also coordinates Insight’s Marsquake Service that screen the data for seismic energy, characterize marsquakes and curate the marsquake catalogue. 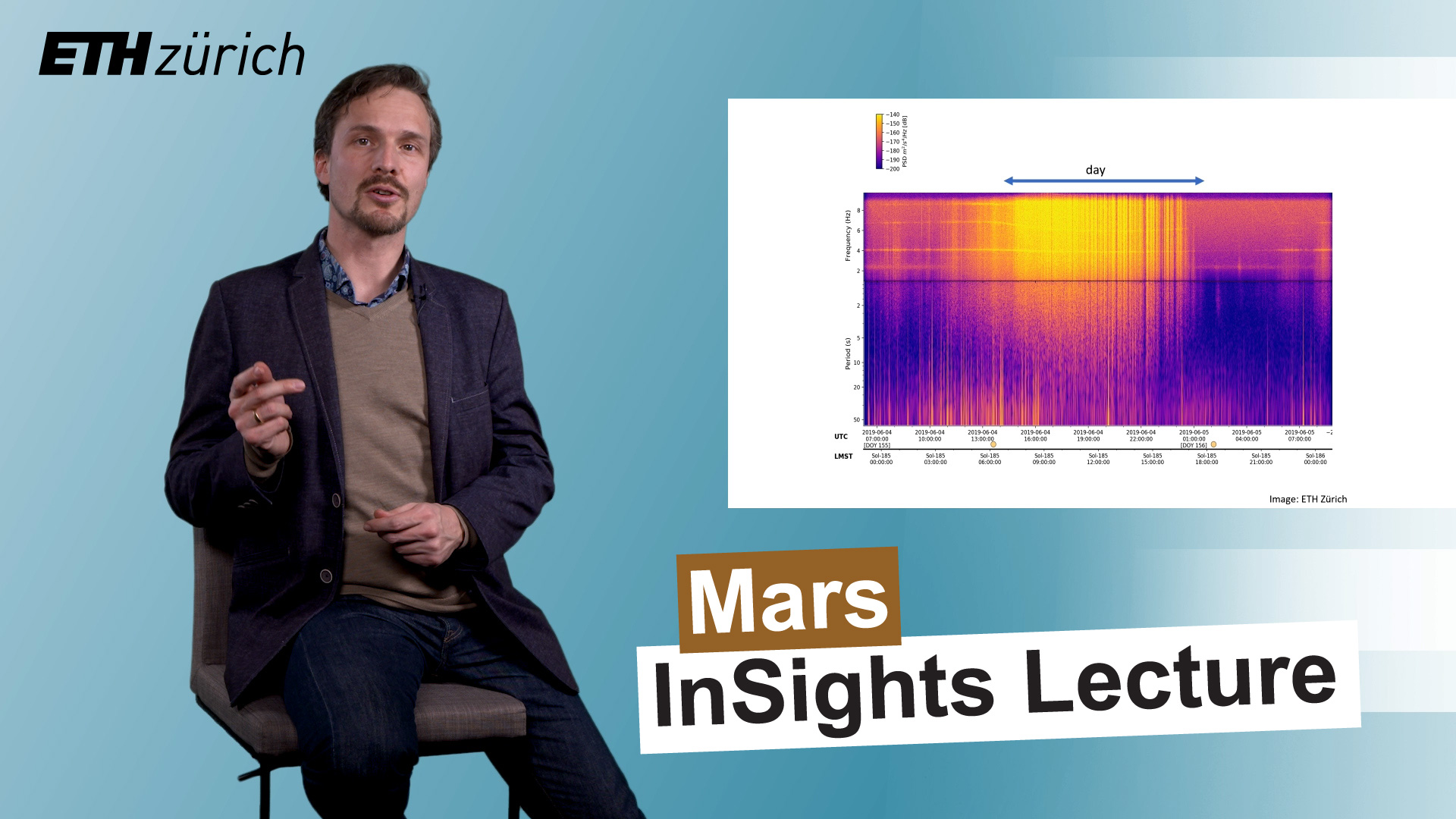 In his virtual lecture, Dr. Simon Stähler from the Institute of Geophysics explains the most recent findings of the NASA InSight Mission.
Join him for a live Q&A session on 16 March 2022 at 16:00 CET (15.00 UTC).
Please submit your questions in advance to simon.staehler@erdw.ethz.ch 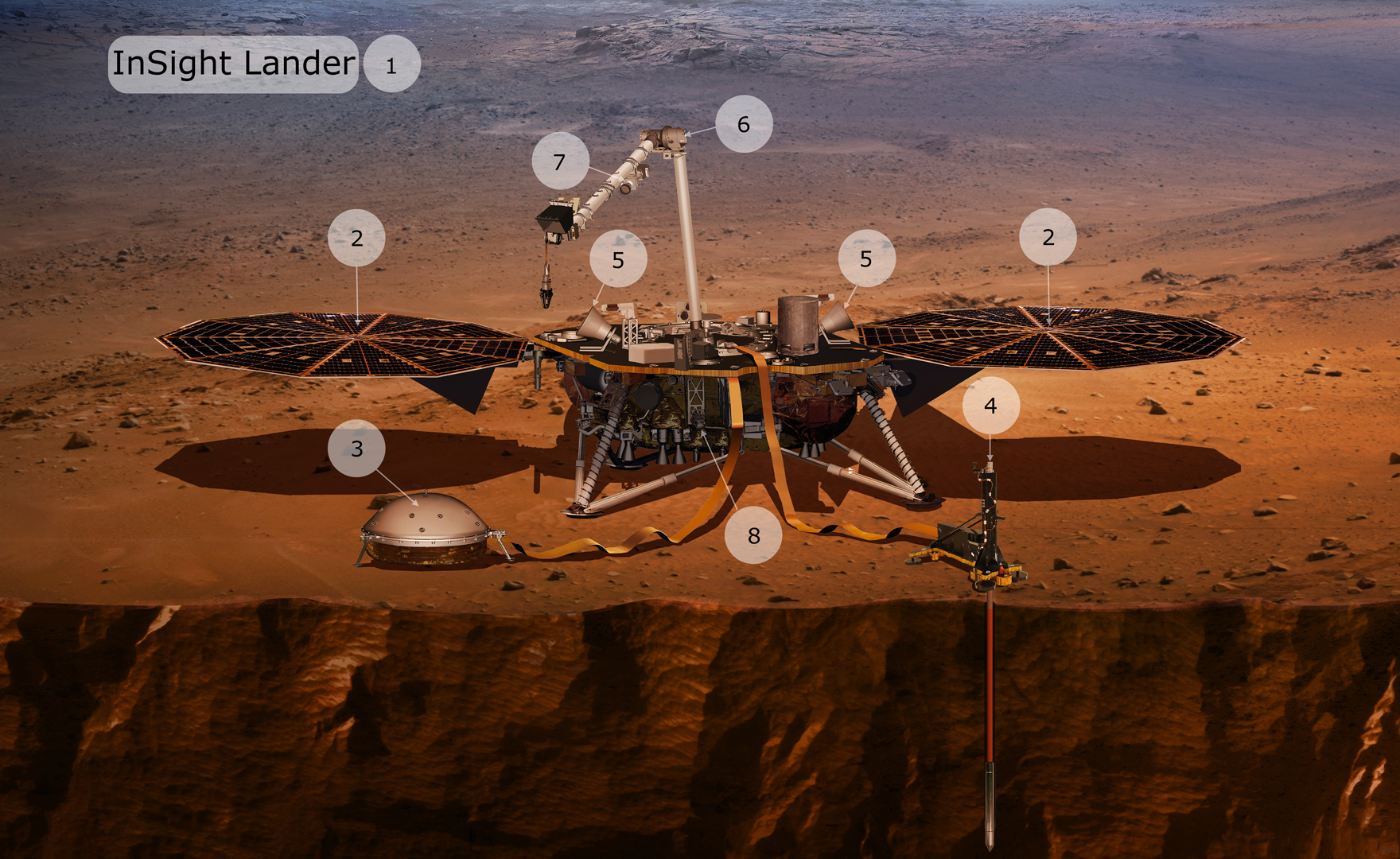 Explore the interactive graphic and learn more about the InSight lander and its instruments. 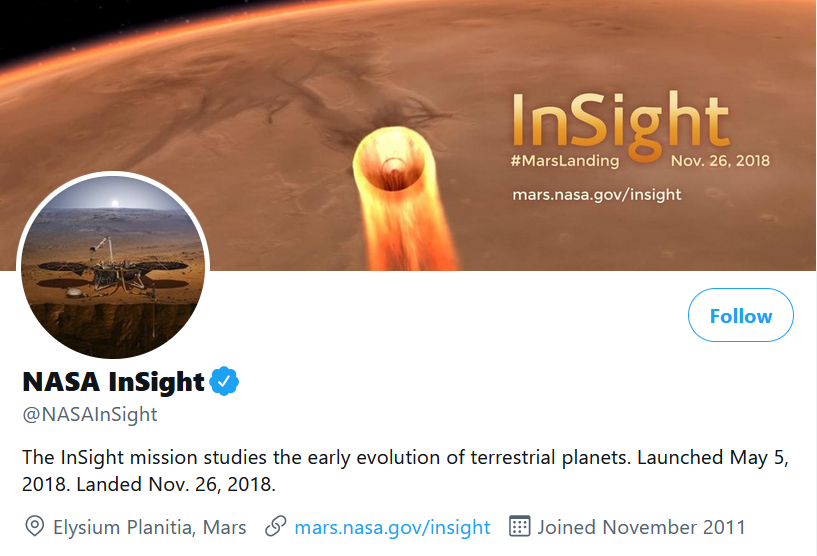